These two best friends do everything together, and we mean everything! Madelyn Schick and Jacquelyn Fonseca got, get ready for this, butt lifts together.* 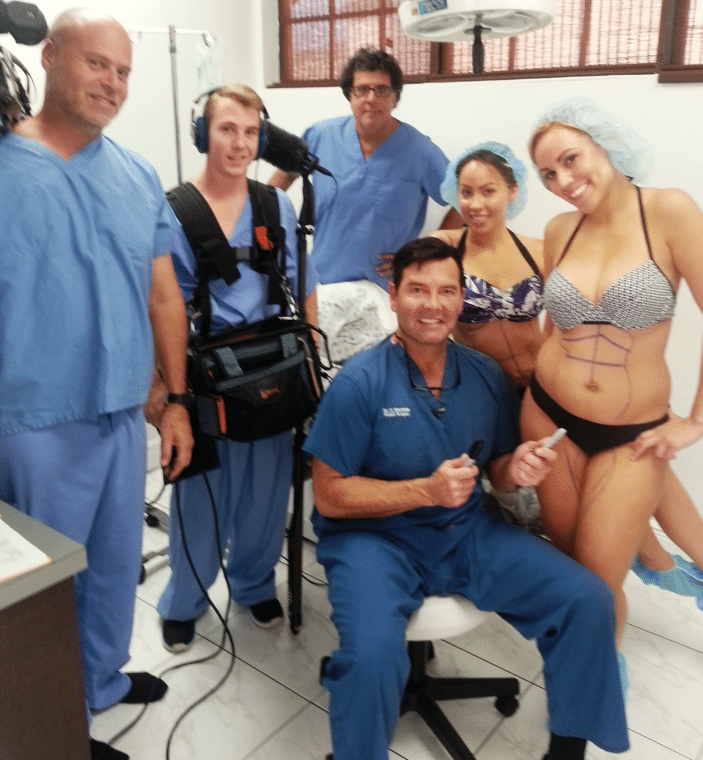 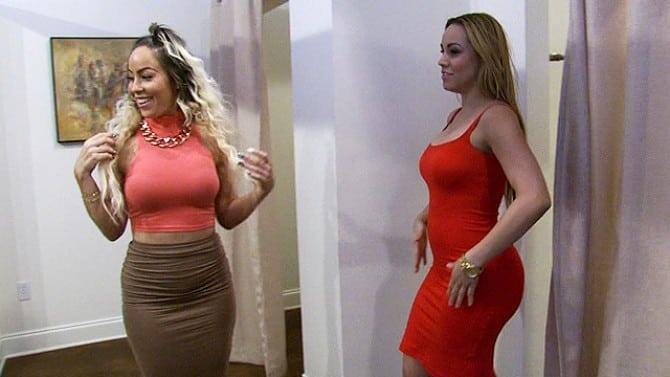 “ We wanted to look like Kim Kardashian, so we went to Dr. Constantino Mendieta!“*

These two best friends do everything together, and we mean everything! Madelyn Schick and Jacquelyn Fonseca got, get ready for this, butt lifts together. “We did this, (breasts) and now we’re gonna do this!” (butts) The Orlando natives both wanted more curvaceous backsides. Their inspiration? A photo of Kim Kardashian with a glass of champagne perched on her derriere.

“We wanted to look like Kim Kardashian,” they told us. The BFF’S headed to Miami plastic surgeon Constantino Mendieta. Dr. Mendieta is going to remove fat from their bodies and inject it into their butt. The ladies actually had to pack on the pounds for the procedure.* Madelyn told INSIDE EDITION, “I ate two ice creams a day.” They gained eight pounds each! Jacquelyn said to INSIDE EDITION, “This is the first time that I’m actually excited that I gained weight.” Doctor Mendieta marked the places where fat will be removed and transferred to their booties. He said, “She’s got a little bit more than you do, so your butt can go bigger.”* Then, they were ready for surgery and gave each other a goodbye hug. “I love you. I’ll see you when you come out,” Jacquelyn told her BFF.

Madelyn went in first. In the operating room, Doctor Mendieta did liposuction to remove fat from her stomach, hips, thighs and arms. Then, three pounds of fat was injected into her butt. Doctor Mendietta told INSIDE EDITION, “Fat is liquid gold for a plastic surgeon.” Three hour later, Madelyn was zipped into a full body girdle. Still asleep from the anesthesia, she was covered with blankets and wheeled out of the operating room as her best friend Jacquelyn was wheeled in. “I’m sure you look great!” Jacquelyn said to her BFF. Jacquelyn went through the exact same procedure.

Dr. Mendieta told INSIDE EDITION, “It’s almost like a sprinkler. I’m sweeping from side to side filling the buttock up with the fat.” Jacquelyn was wheeled into recovery to rest up next to her bestie. Soon both girls awoke, but still groggy. Two hours later they were ready to go home.* “Hi BFF!” Jacquelyn said to Madelyn as she got in the car. So how did the surgeries turn out? We caught up with the Madelyn and Jacquelyn six weeks later. They showed off their new bodies in bikinis. It’s a major change for the best friends.* Their new curves don’t quite fit into their old jeans. So they went shopping for new clothes. Now these BFFS have more in common than ever!* They screamed to INSIDE EDITION, “We plumped it up, whoo!”*

*Legal Disclaimer: Individual results may vary; every patient is unique, therefore, no single technique is suited to all cases. Before & after photos and videos are not guarantees that your results will be the same or even similar: each individual patient’s results will be different.

out of town patients

treatment for your condition

From wrinkles, enlarged pores, cellulite, saggy skin or lack of body curves, Dr. Mendieta can make the best recommendation and treatment option for your condition.